Second to last day before break! Today was our ornament factory day. We began mass production first thing this morning, and ended with final touches & wrapping this afternoon. 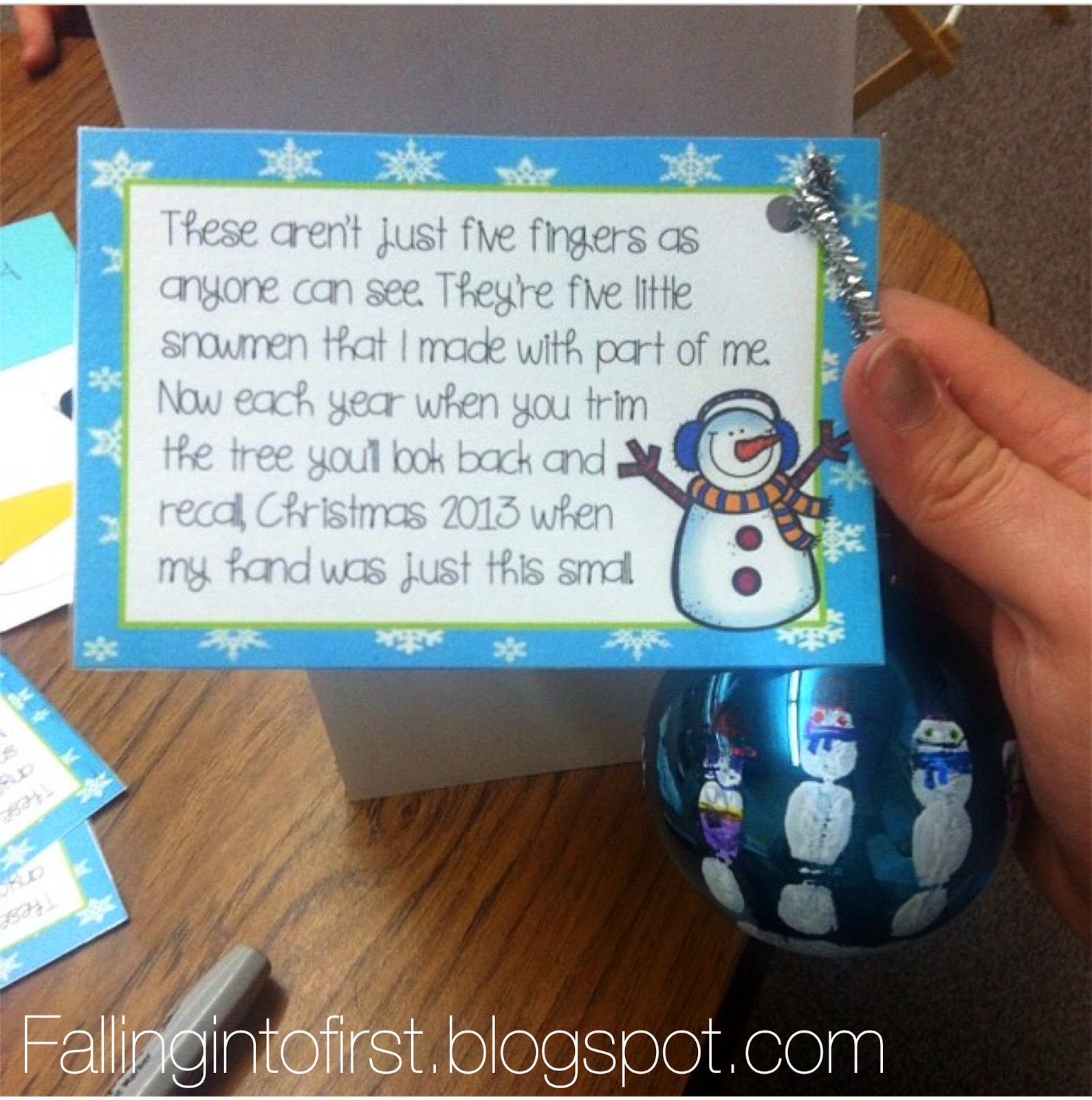 Over the years, I’ve updated the tag a bit! 🙂 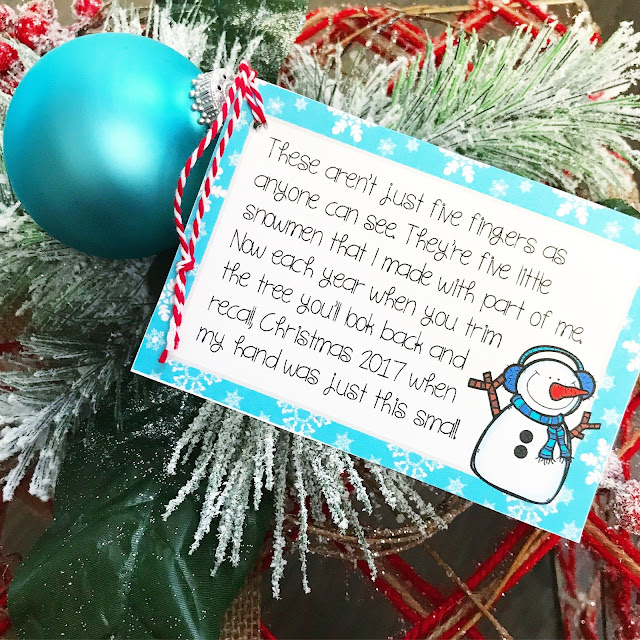 **UPDATED FOR 2020- GRAB FREE TAGS HERE**
First, we do the hand prints. Then hang them up to dry. This drying rack has been with me since college. It’s been in my life longer than my husband! HA! But it still works like a charm for this project every year. 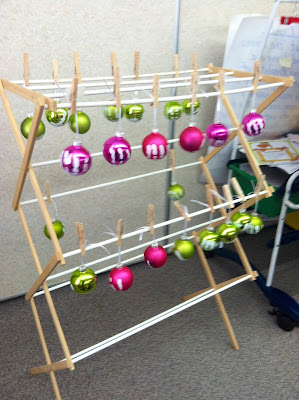 Then after lunch when they’re dry we bust of the sharpies and turn them into five little snowmen. 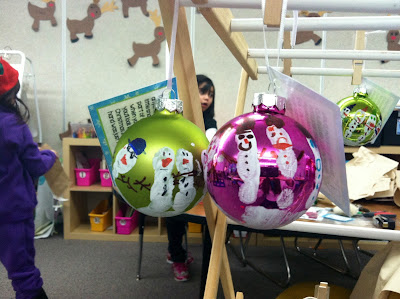 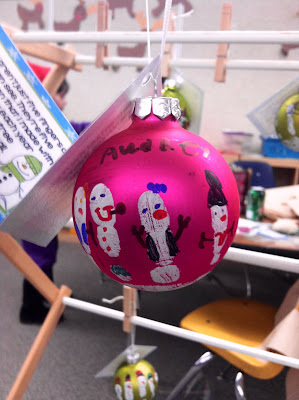 Add the tags. Wrap them in lots of paper towel to help add some extra anti-break insurance. 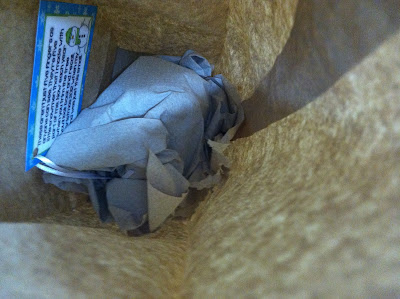 And then put them in the most boring wrapping ever. Ok, so in all fairness I usually have the kids decorate the bags however they want. But today we just ran out of time. But at least nobody can peak right? (This photo is mainly just to show that sometimes keeping it real wins over cute) 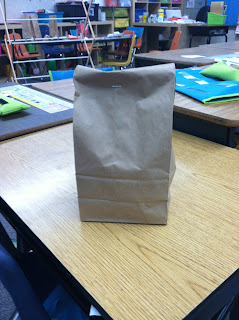 Now onto a little factory work of my own. Last night, my kitchen became the Snow Dough factory. 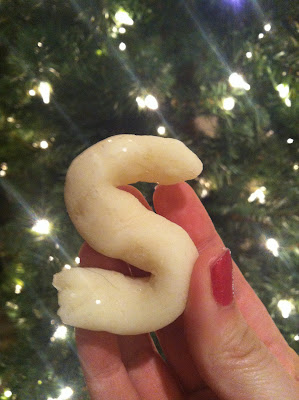 It was my first time making Playdough. I can’t get over how simple it is. 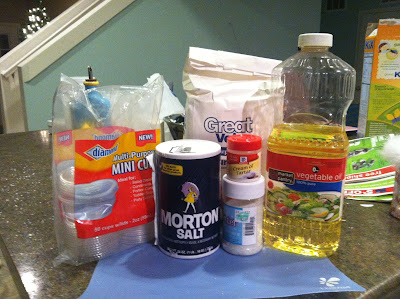 You will need the follow ingredients per batch:
2 cups Flour
1 cup of Salt
2 TBS of Cream or Tartar
2 TBS Vegetable Oil
2 Cup Water
LOTS of Sparkly white Glitter
To make mix all the dry ingredients in a pot. Then add and mix in the liquid ingredients. Put on the stove top on medium heart for about 7 minutes continually stirring. I have to admit, about 4 minutes in it just looks like goopey paste and feels like it will never actually turn into dough. When you feel that way, you’re about 2 minutes away from magic, haha.  I promise you, it happens!!
Once it’s done take it out and let it cool. Then, add a generous helping of glitter. Or Five generous helpings!! 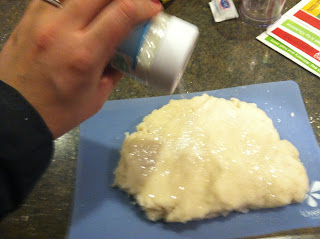 Then I put them into these cutie little individual containers I found at Walmart. And put them in the fridge. 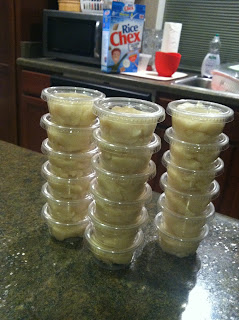 Originally I was going to give it to my kids as a gift from me. Now, I think it’s going to be a gift from Snowball the Elf before his departure back to the North Pole. And suddenly it won’t matter that I threw them an Amazing Polar Express Party and filled their Stockings with little sweet treats, because the elf is delivering snow from THE NORTH POLE ITSELF.
Yup, totally going to be shown up by the Elf.
Polar Express Party Essentials for Tomorrow Include:
My Polar Express Craftivity Pack 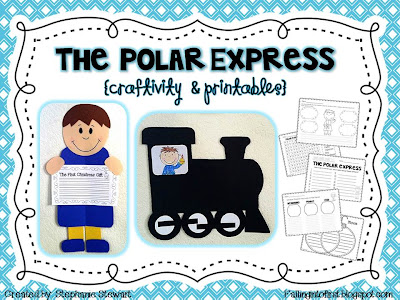 Lots of Swiss Miss brewing in the Crock Pot and my favorite PJ’s. 🙂
http://feeds.feedburner.com/ FallingIntoFirst

I have 4 March STEM Challenges that are ready for your little engineers this month! ☘️🛠

🌟Complete with a teacher lesson plan
🌟 Student response sheets
🌟 Projects me slides that will take students through the complete Engineer Design Process!

UPDATED this week!!☃️🤍These longtime freebie tags are ready for 2020. There may be a lot of things we want to forget this year but these five little snowmen aren’t one of them!!

When parents have to facilitate virtual learning! 😂😂This made me laugh 😆 ... See MoreSee Less

For those of your who use Elmer’s glue! Check out this hack from @kindergarten_with_kellee 😃 ... See MoreSee Less

Now this is some clever thinking!!

*Side note: Do I think teachers should be responsible for purchasing, supplying, or hand crafting this on their own, no. Do I think it’s an idea worth sharing with your admin, PTO, co-workers, etc if you’re in a district that is going back to school face to face, yes! ... See MoreSee Less