Alright Pinterest, you got me. I finally caved. I got THE Elf for my classroom.  Except I guess it’s not actually “THE” elf. It’s that elf’s softer, slightly larger, TOO CUTE to say “no” doppelganger elf. He arrived in our classroom this Wednesday.  I know, I know, it wasn’t exactly December 1st. But there are THOUSANDS of teachers and families around their world who requested a special Elf from The North Pole this year. My class knew this and so they were just lucky to have been sent one at all 🙂 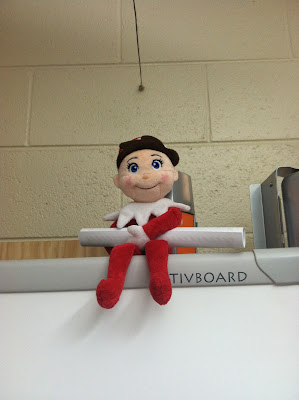 When he arrived he was sitting on top of the Smart Board holding this letter rolled up in his arms that I read aloud to my class. 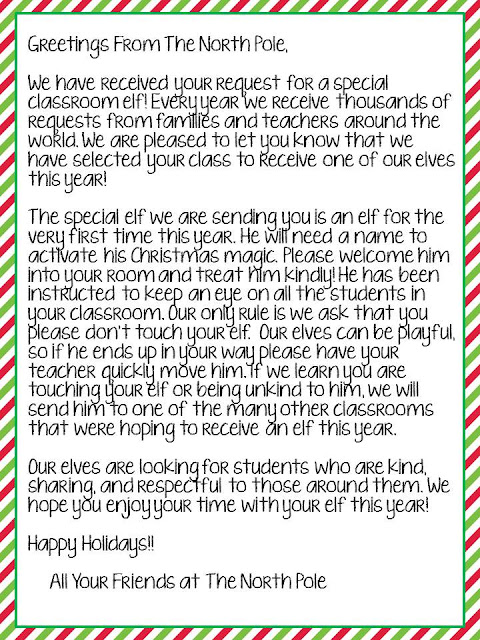 {Click HERE to grab a free copy of this letter. There is one for BOY elves and GIRL elves}
His name is Snowball. He was almost named Tony Hawk. But Snowball won the tie-breaker vote. 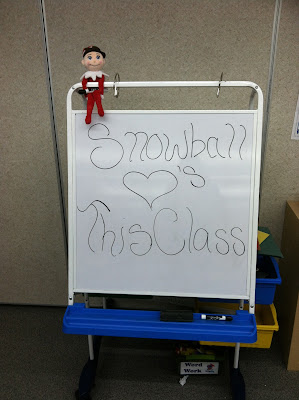 {Day Two}
They were particularly thrilled to discover Snowball on day three. He opened and started playing with the brand new iPod Touch Devices that arrived from our recently funded Donors Choose Project. He had already activated one and everything!! 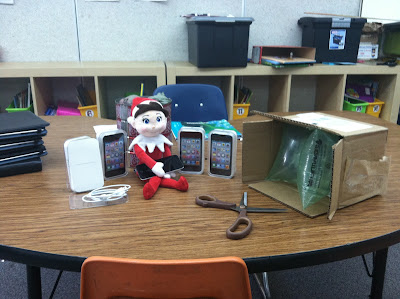 So the real reason I finally caved on the Elf? One of my favorite things about teaching 1st & 2nd grade is they still believe in Magic. Even the ones who might not actually believe still have enough imagination and sportsmanship to play along.Kids seem to grow up really quickly these days. I for one would like to see them hold onto the *magic* in their lives for a little bit longer 🙂
Run! Miss Nelson’s Got The Camera and Seusstastic Classroom Inspirations are both hosting linkys to share pictures of where the Elves are popping up in classrooms across the country!! 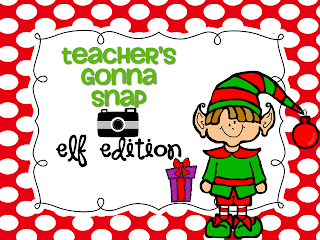 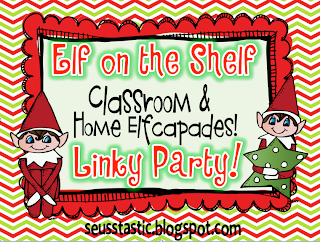