I’m keeping it easy breezy for Team Teaching Tuesday this week!! Today, I’m just asking you to share a teaching tip. You know when you just have one of those moments where you go, “Ah-HA! Why didn’t I try this earlier!?” because it makes something that you’re teaching that much easier for your kiddos? That’s what we’re looking at today.

So here is mine. I use cocktail stirrers in class. Not in the traditional way they were intended of course 🙂 I use them as a math tool to help my kiddos with their addition and subtraction strategies on their numberline. Essentially, they are just really pretty, highly appealing, CHEAP pointers!! 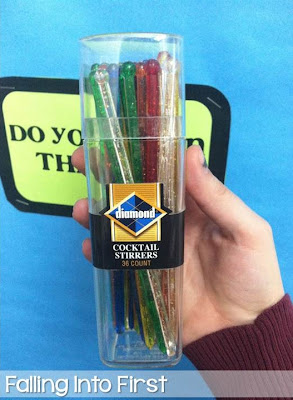 I have a little guy who really struggled with math facts. Even using his timeline to count up and down for addition and subtraction was tricky for him. Then one day I was in Target and I saw these things and I thought, why not!? So I brought in the stirrers. I showed him how to point with it as he counted up or down his number line. Know what he decided? He would use it to cover up the number he was starting at and use his finger to count up or down from the stick. This was fine by me beacuse it worked!!He thinks the stick is more of a magic wand than a stick. Win-win people!! I think they would work well for tracking words during guided reading groups too. I’ve yet to even use them there though because they kind of just became the math sticks. 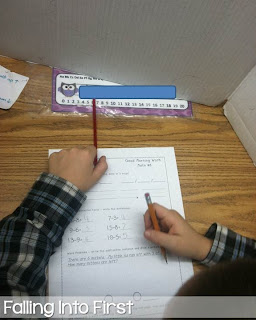 Can I also just take a minute to share that this particular kiddo struggled to even count to 20 at the beginning of the year. And now he is doing double digit addition and subtraction independently with his number line and his stick!! I can sit at my desk and watch him talk himself through each step he has to take to solve his problems. They’re the same words I repeated to him over and over while he was still learning it. So in this case, repeating myself over and over really paid off. It makes my teacher heart sing with happiness!!! 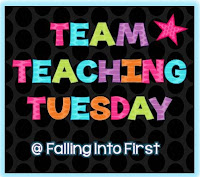 Have a great tip to share? Grab the button and link up. I’d love to see them all!!
http://feeds.feedburner.com/ FallingIntoFirst