So it’s still a few weeks away, but let the record show my *FAVORITE* holiday to celebrate in the classroom is St. Patty’s Day!! I love playing around with a little leprechaun mischief and seeing imaginations run wild. My very first year teaching I trashed the room, left little green footprints on the board, mixed up everyone’s desk, wove green yarn between all the chairs. My kids thought it was awesome, but there were still few skeptics in the bunch. UNTIL – I was reading a book about leprechauns and all of a sudden someone began knocking through the wall. Not just any wall, but the only wall that didn’t back to another classroom. Bless their little hearts, my students went cuh-razy!!! There was no way I could be pulling one over on them because I was sitting right in front of them reading a story! Suddenly every kid in my class was convinced the leprechauns were hiding in the walls. They would knock, and the leprechauns would knock back. By lunch time, they could now see those sneaky little leprechauns everywhere. And soon enough, they convinced the other two first grades and the two second grades that they too could see leprechauns everywhere too. By the end of the day the entire K-8 school knew there were leprechauns in the primary wing. It was hysterical! {They never did find out that it was just a mom hanging up papers for the Kinder teacher in the hall}

So every year since I throw as much leprechaun mischief into our St. Patrick’s Day week long celebration as possible! It’s hard to top that first year magic of which I couldn’t have planned better even if I would have tried. But the shrinking leprechaun hats sure comes pretty close! 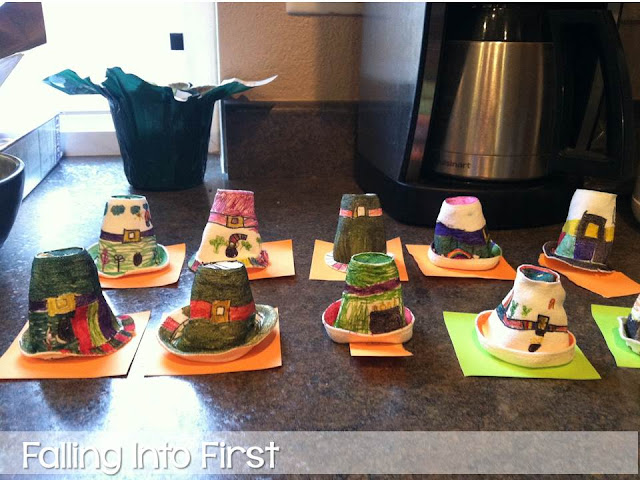 I give every kid a Styrofoam cup and tell them to decorate it like a leprechaun hat with markers. Then, I have the kids set them up on their desks in a way they think will trap a leprechaun. Some kids set really intricate traps with pencils and a ramp or goodies inside. Other just slide it slightly off the edge of their desk hoping the leprechaun will crawl in. When they leave, I stick a sticky note inside each cup so I know whose is whose. Then, I bake them for about 15 second in a pre-heated oven and watch them shrink down to, well, leprechaun size. 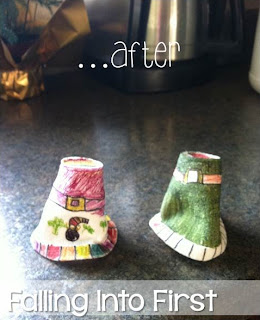 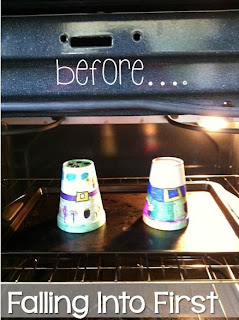 It’s pretty wild. I take them back in the next day and put them on the kids’ desks. Not a single kiddo can explain what happened other then the leprechauns used their magic to do the job. Under the cup is usually a golder coin, or some skittles. (It all dependins on which store the leprechauns went shopping at that year!) 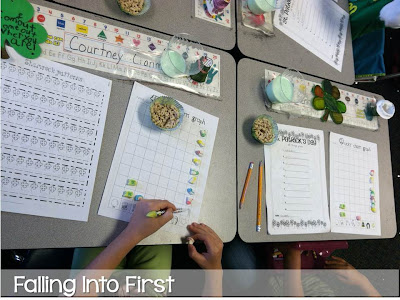 Another fun thing I like to do is ask parents to send in Lucky Charms for some graphing fun and some milk to enjoy at snack time. Kids bring in perfectly white bottles of milk but when Mrs. Stewart goes to retrieve it from the fridge in time for snack, the milk has turned green?! Yup, more leprechaun mischief. Nobody, and I mean nobody, wants to drink green milk. Until I explain that green milk is actually lucky milk and everyone who drinks a glass of it will actually have extra good luck for 3 whole days!! Most kids end up wanting second and third helpings and take joy in knowing they just bought themselves 9 days of extra good luck. 🙂
Of course, leading up to all the fun we have to plug some writing and language arts fun. 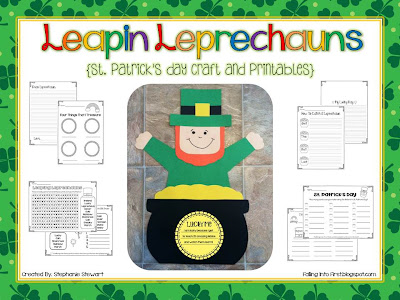 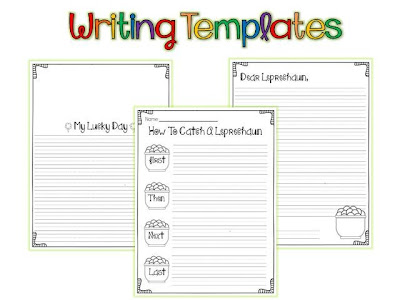 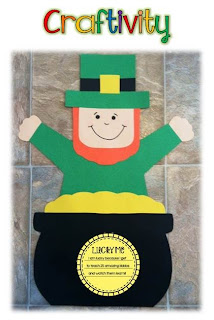 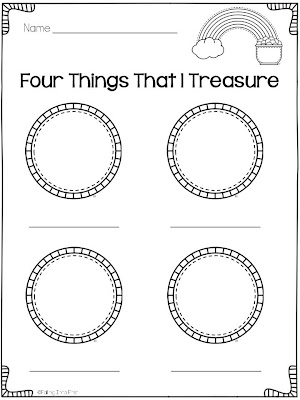 Do you have any sneaky leprechauns visit your classroom in March??
http://feeds.feedburner.com/ FallingIntoFirst