Today we wrote letters to Santa. Not to tell him what’s on our wish lista!! We wanted to let him know that we REALLY want an elf. Yes, I’m talking about *that* elf. 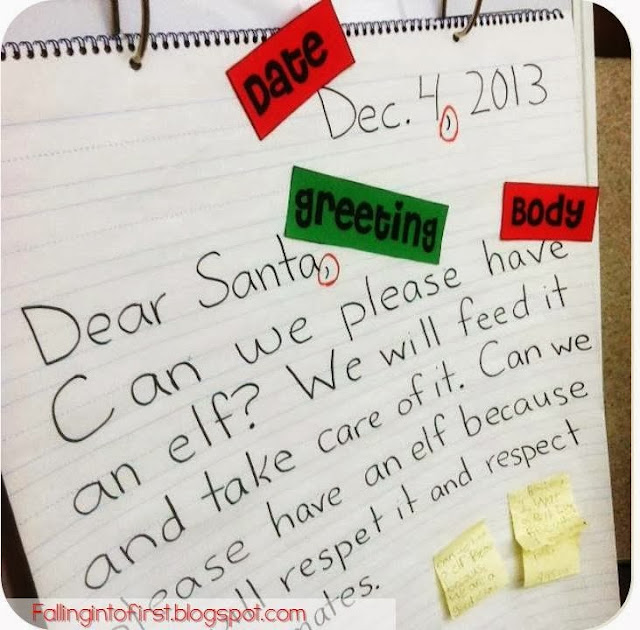 I told my class that last year we had an elf in December. I’m a 1/2 combo teacher and a few of my firsties looped up with me to 2nd this year, so they were quick to confirm. I explained how last year only a few teachers asked for elves but this year, thousands of teacher were asking for them. I told them Santa doesn’t have enough elves to spare (he needs to keep a few hundred working at the North Pole of course) for every classroom, and that I was worried a letter from me might not do the trick this year. BUT – I bet we would catch his attention if our entire class wrote letters persuading him to let our class host an elf!!
YES-!! We agreed. Everyone would write Santa and let him know all the reasons he should consider sending us an elf again this year. We began to write a letter on behalf of the class together to start. 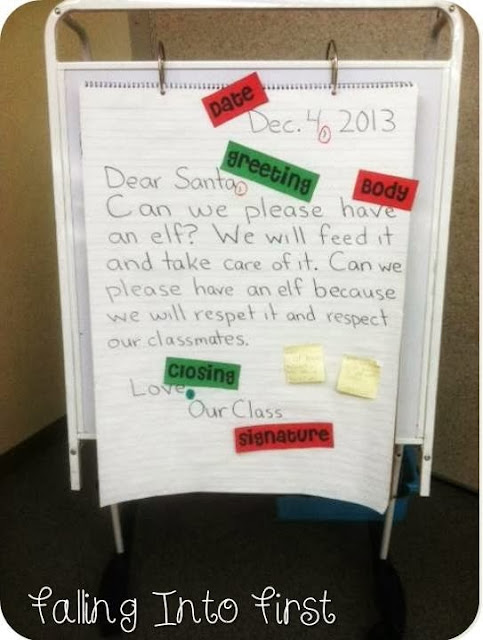 Everyone jotted at least one reason (the “because” part of our persuasion) on a sticky note. Then we did a shared letter writing, sharing our sticky notes when we got to the reasoning sentences. We also labeled each part and circled all of the commas so we wouldn’t forget to add them in our own letters. 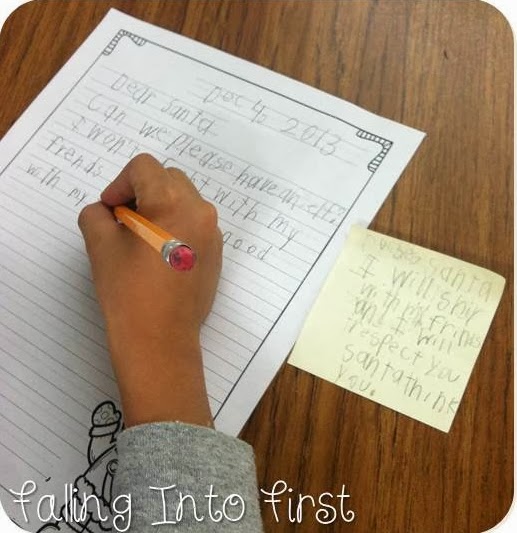 Then off they went to work on their own letters. 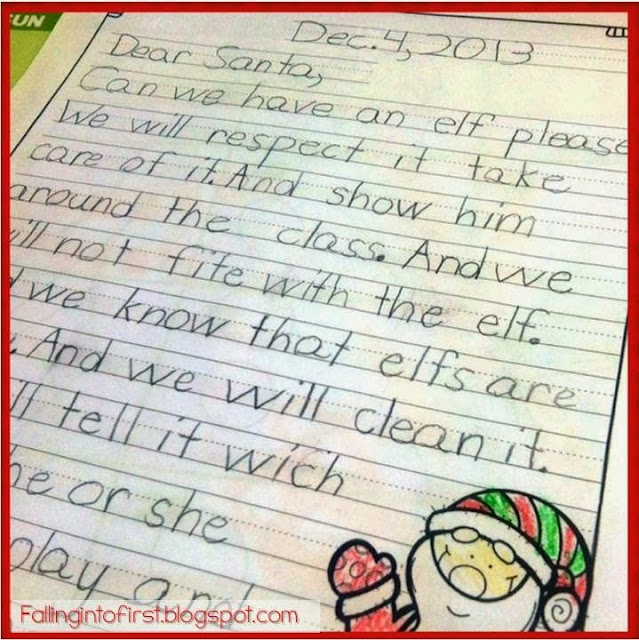 I shared this one on my Instagram this morning. He has so many great reasons!! I can’t tell you how many kids promised they would “clean” the elf…!?
But this little guy’s letter made me giggle the most when he read it to me. 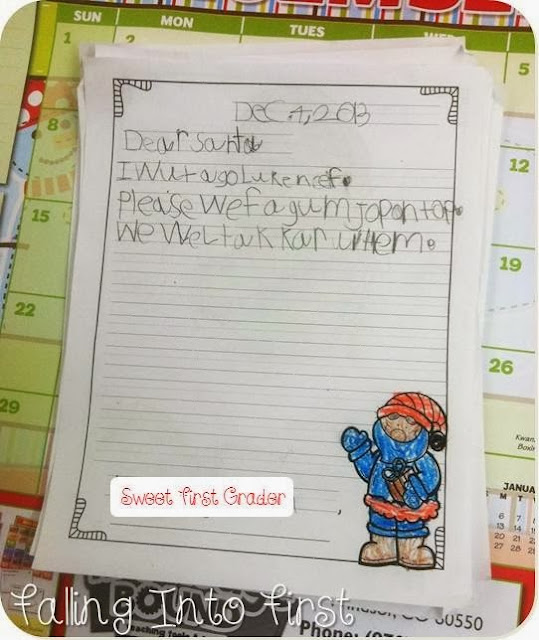 “Dear Santa, I want a good looking elf.
Please with a gum drop on top. We will take care of him.”
We mailed our letters to the North Pole.
So now all we can do is wait. And hope he shows up again.
***TEACHER CONFESSION***
While this makes a GREAT lesson in persuasive writing, it also buys me just a little more time. I struggle to remember to move that elf. Setting alarms on my phone is a necessity. And even then, there is about an 80% chance I am moving him minutes before the bell rings the next morning once I realize I haven’t moved him. Two weeks is my max!! So our Elf won’t be making any appearances until Monday. But, I’m a total sucker for the magic of Christmas in these little one’s hearts. I love watching them BELIEVE!! I think it’s good for the heart.
Theirs and mine. 🙂
When he does arrive he will deliver this response letter.

I shared it last year as a freebie on this post. Feel free to grab it here too.
Speaking of writing. Apparently the December writing center wasn’t going to prep itself this month over Thanksgiving break. Who knew? So I got called out today by my class today.
“Mrs. Stewart, when do we get to write about December stuff??” 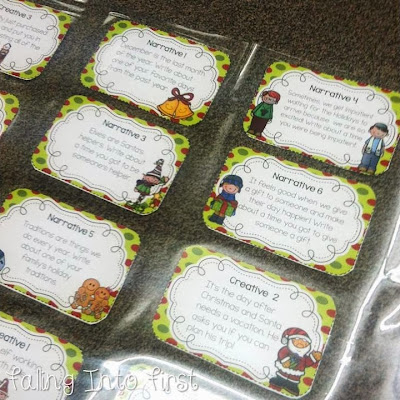 Umm…just as soon as I lamination that’s been sitting here all weekend long. 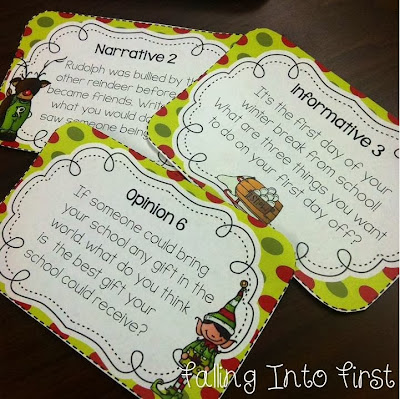 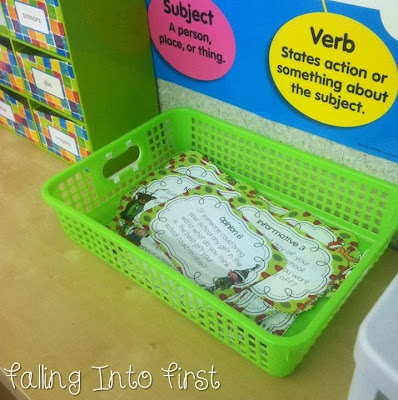 Happy to report that things are officially all systems go for the morning thought!!
#wekeepitrealatfallingintofirst 😉
http://feeds.feedburner.com/ FallingIntoFirst