It’s here….officially!! The first day of Fall! {{Happy dance}} It’s also the last week of September, which around here means is Apple Week in first grade. We’re only on day two but my smart little apples are pretty thrilled for our first official Science unit. 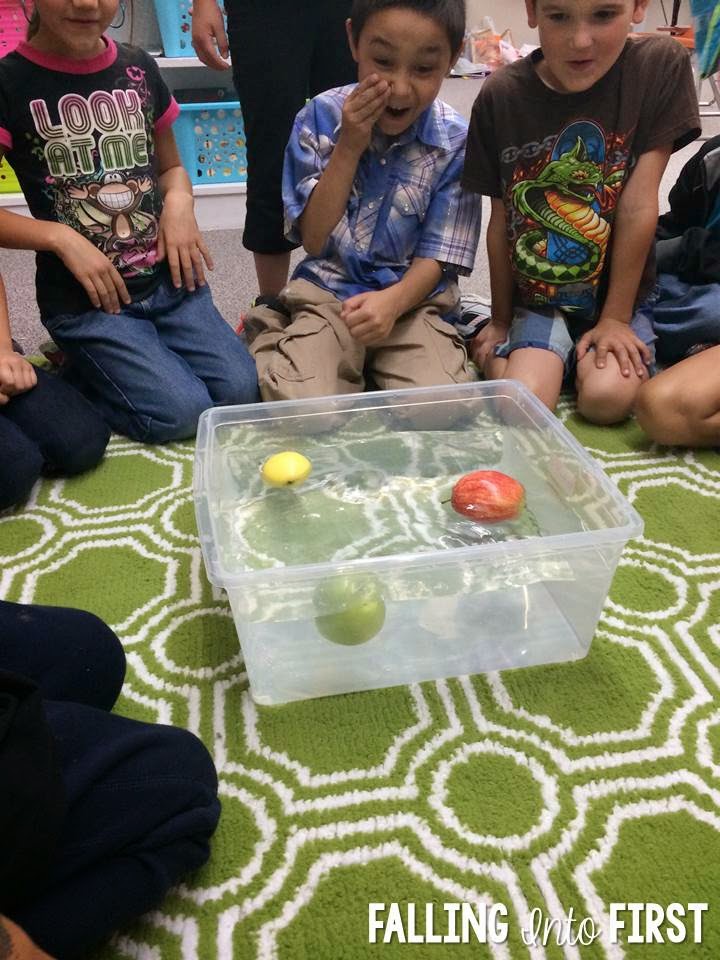 We’ve been learning new apple vocabulary words, because *real* scientists use the scientific terms when they’re speaking and writing, don’t ya know? Posting the pictures along with the words really does make a big difference for some of my little learners. The majority of them have never been apple picking before, so the visually really helps when we use these words so frequently. 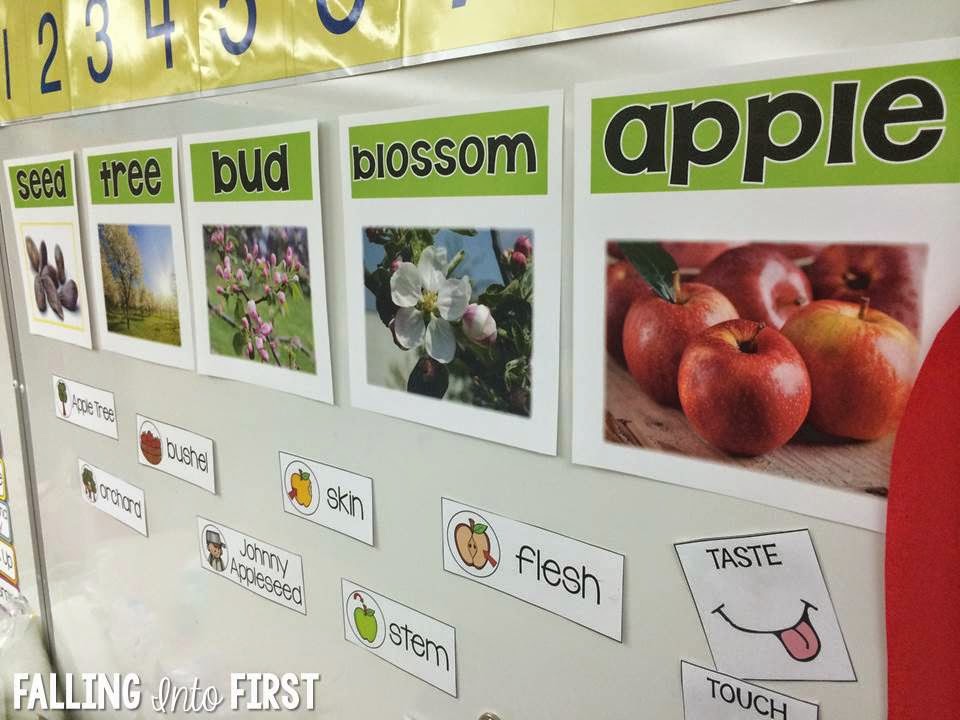 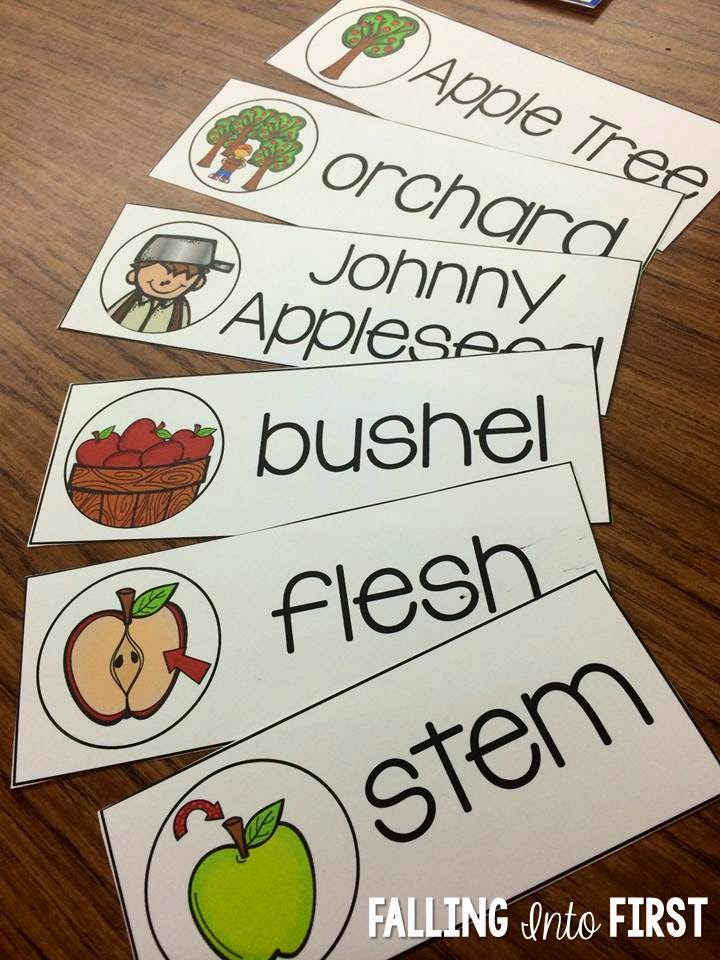 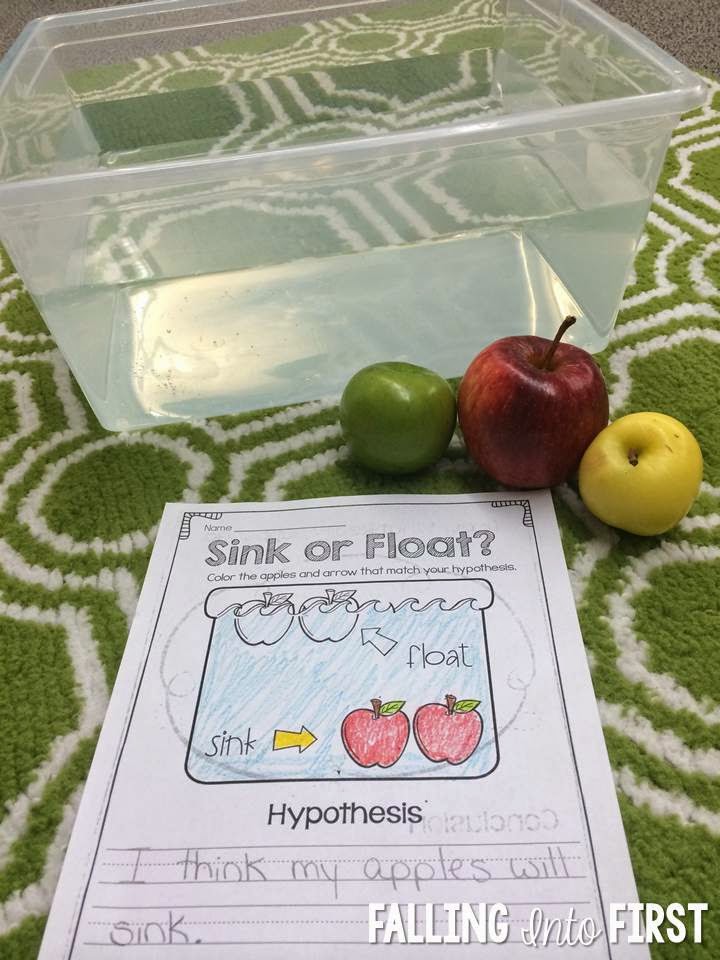 I think this is the easiest experiment we do all year but you’d think it was magic happening in front of them. One of my favorite things about teaching 1st grade is getting to see all the “firsts” all over again through their eyes! By the time we had two floating apples one girl announced she was changing her hypothesis to all apples would float. Floating apples, who knew? 😉 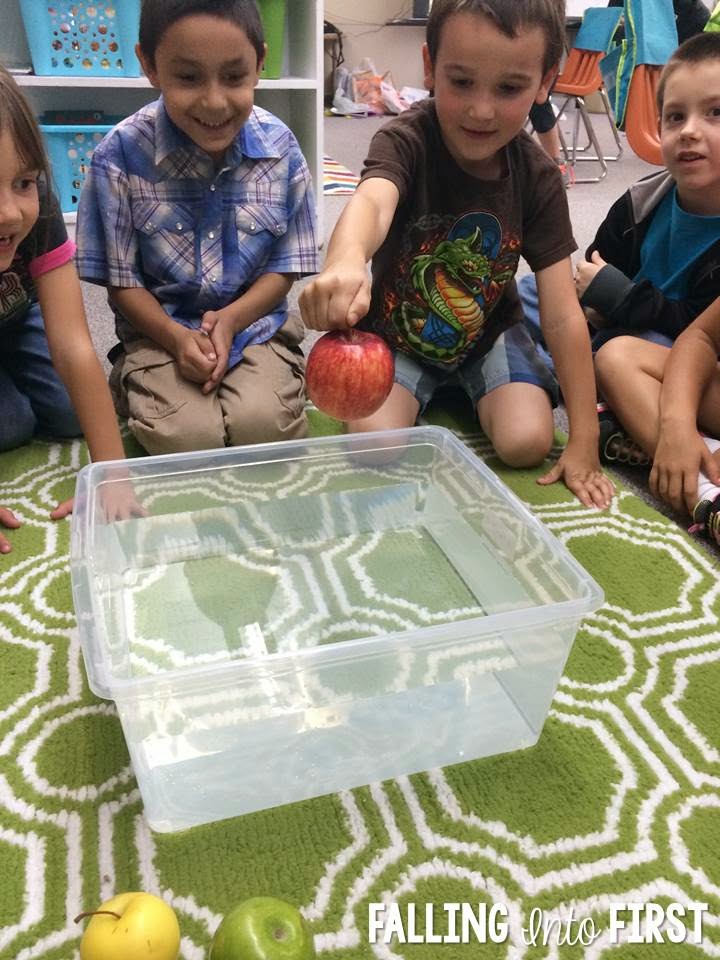 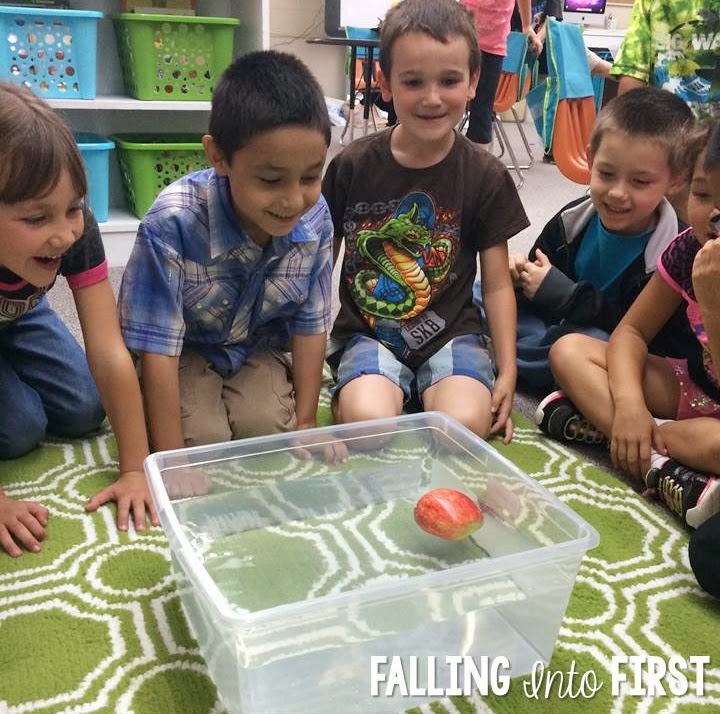 Jenna from I’ve Got It Made in Second Grade was sweet enough to send me some pictures today from the first few days of  her classes Smart Apple investigations! These are her students testing liquids to determine which one will keep their apple slices fresh the longest. It will be observed over the next three days and they will keep track of their observations to help them draw conclusions! My favorite part about a multi-day experiment is that the kids come in first thing each morning eager to look for any changes. They can quickly record their findings when they come in for morning work or even independently as part of a literacy/writing center later in the day. 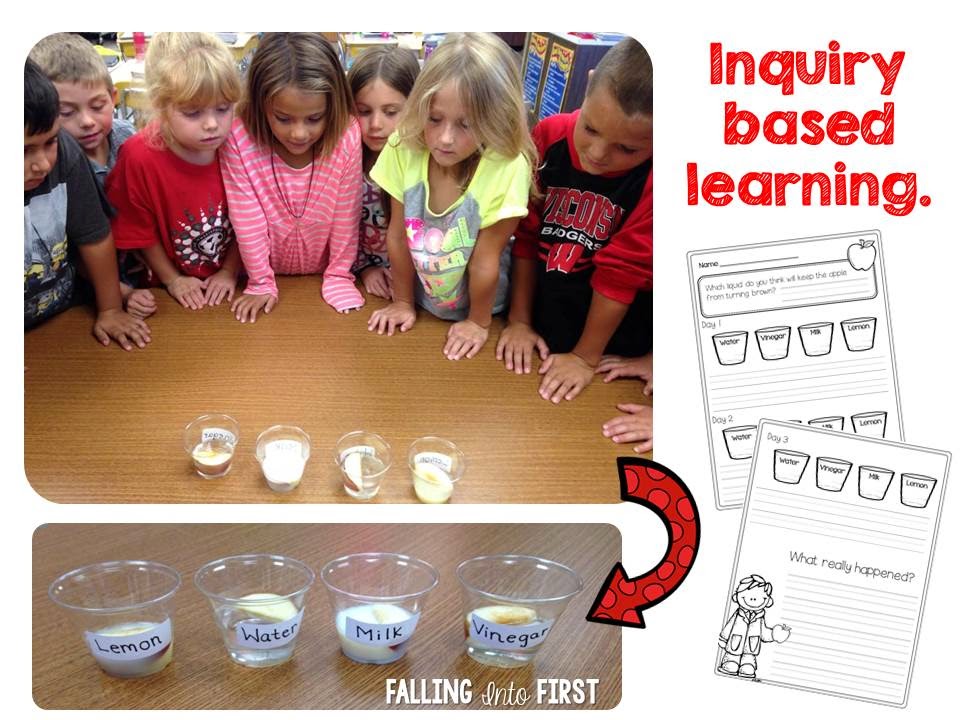 Tomorrow we’ll get rocking and rolling with some adjective taste testing and labeling. 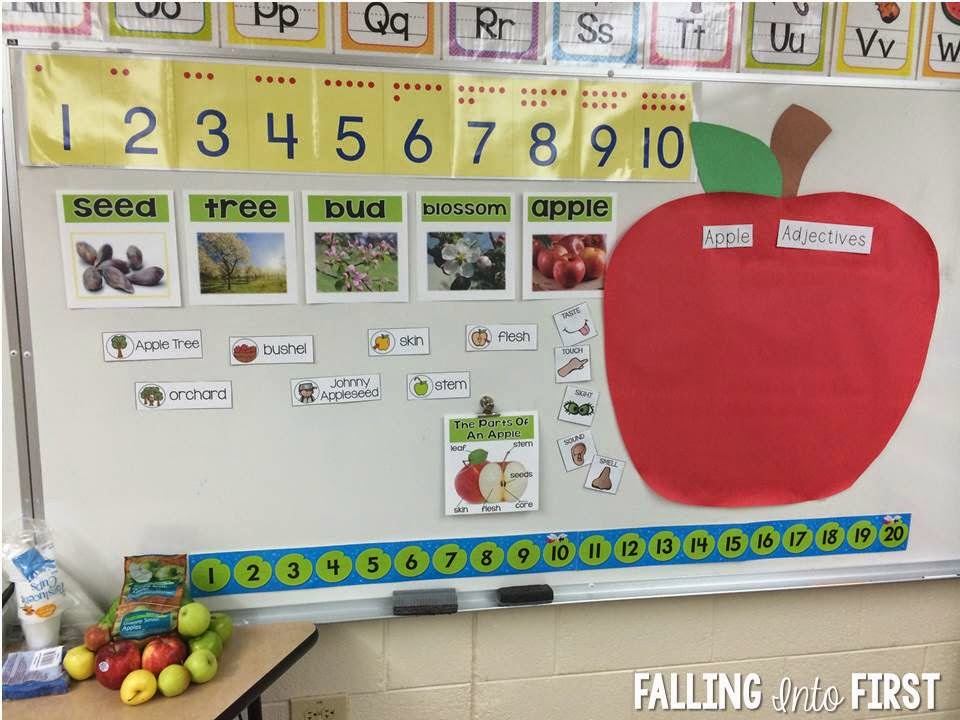 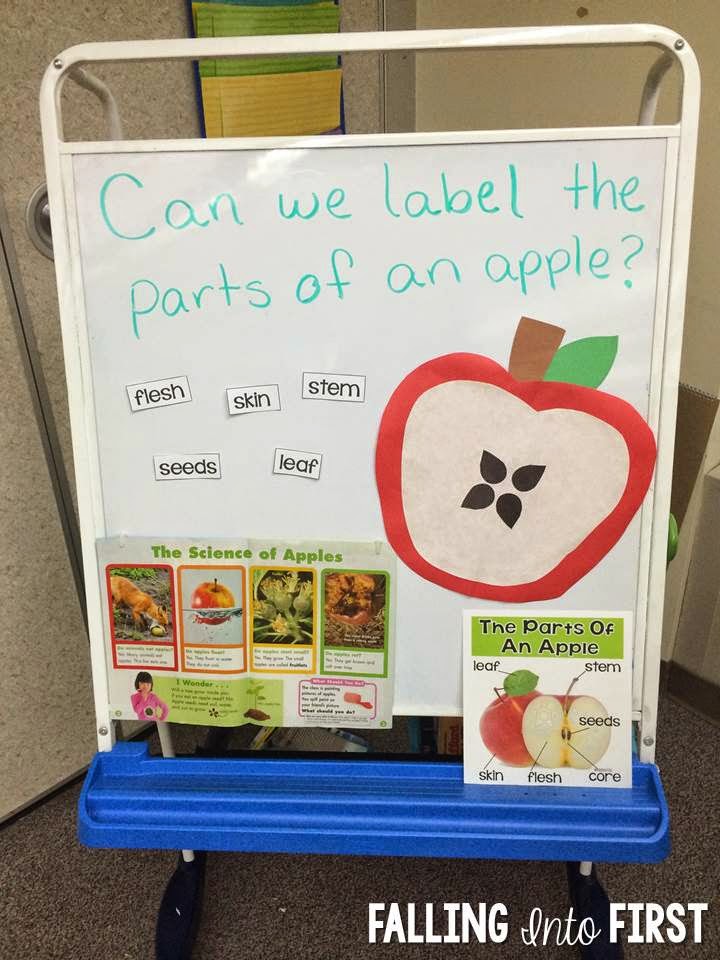 Each of the student will then craft and label their own apples. 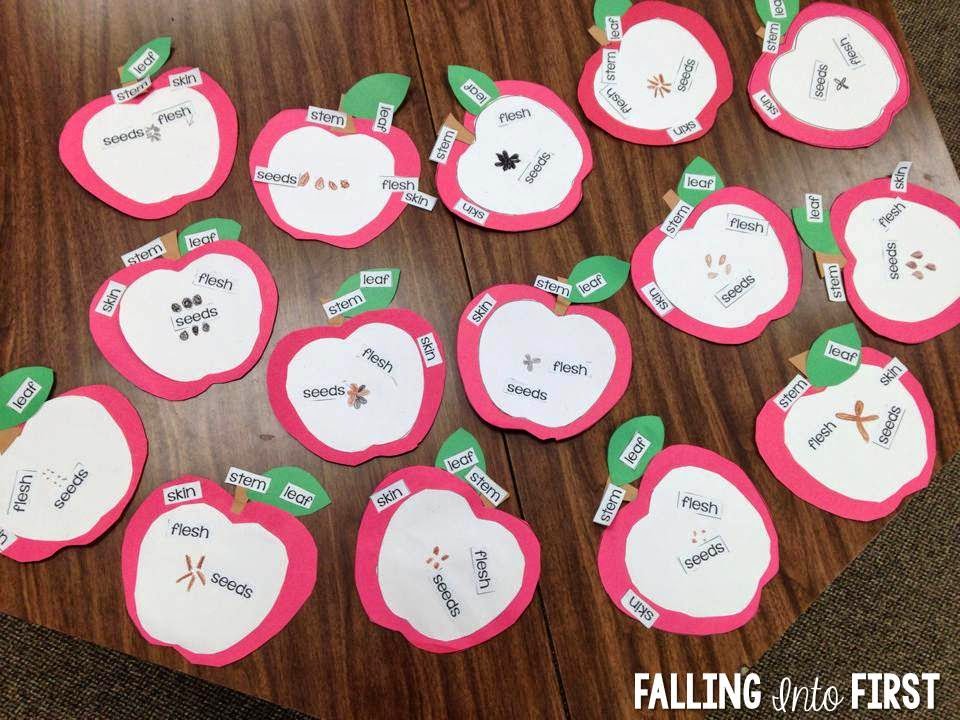 A little later this week we’ll be working on this interactive apple tree craft to tie in some graphing (math) and sequencing (literacy & writing standards). 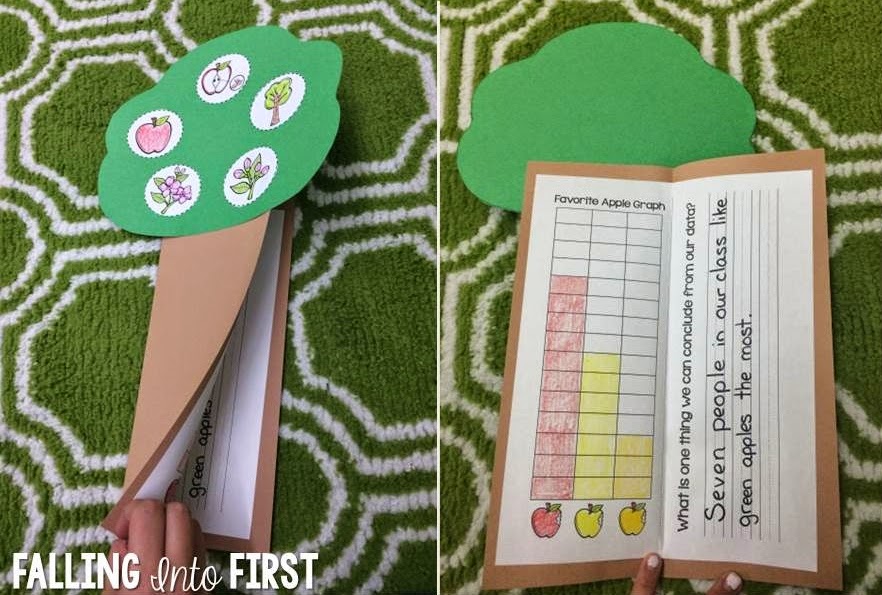 We’ll also be reading some differentiated Apple books in our guided reading groups to learn more facts about apples. I wrote two versions of this mini-reader to make it easier to differentiate. 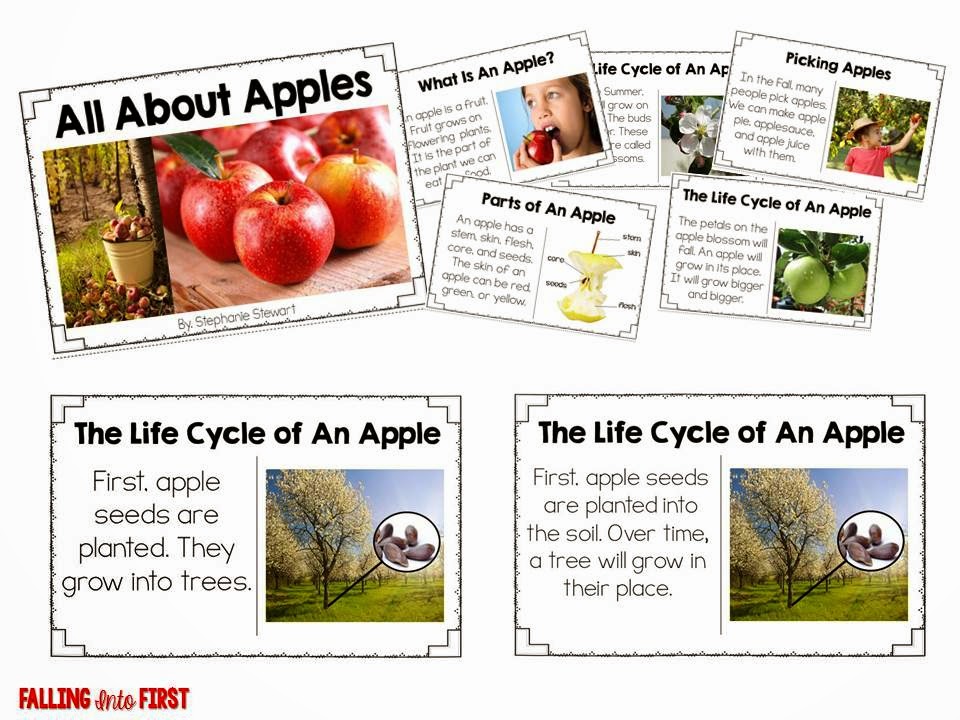 I’ve bundled all my apple resources into one Smart Apples pack. 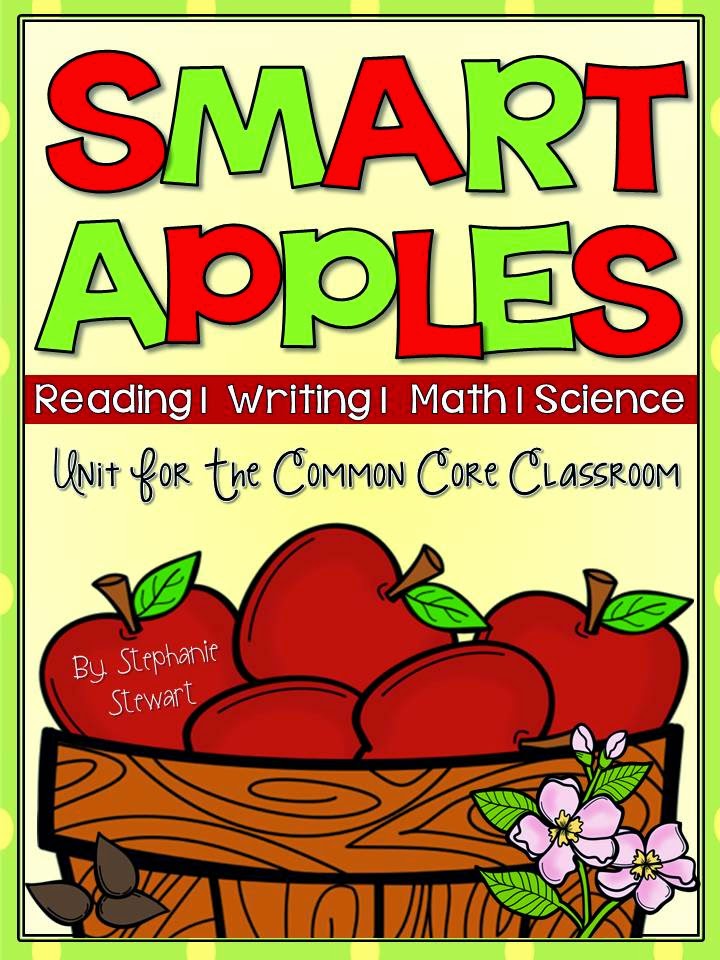 Click the here to see everything that’s included. Also, check out some more Apple Week activities and FREEBIES  here and here from the blog last year!!

Before I go tonight, I wanted to quickly share my Cock-pot Applesauce recipe with you. The kids have so much fun making applesauce together each year in the classroom, and it makes for a great “How To” writing lesson using transitional words.  If you’ve never made it before it’s not too late for you to get on board with the apple saucin’ in the classroom. I promise, it’s super easy to make! 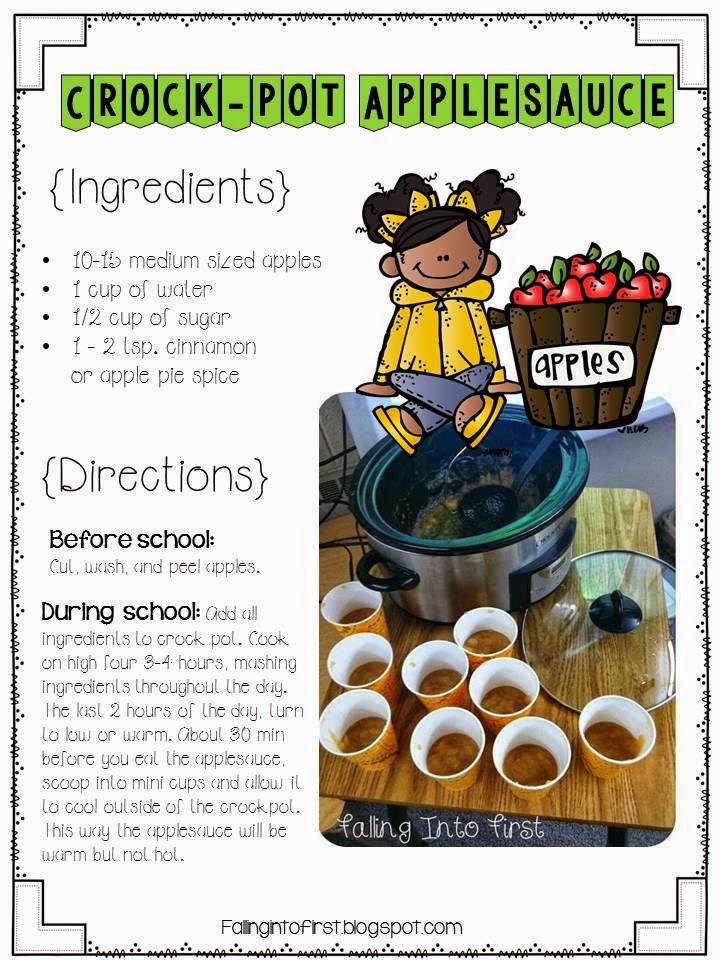 I’ll share some more of our Apple Week activities in action later this week!